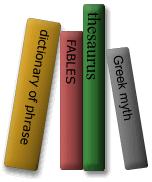 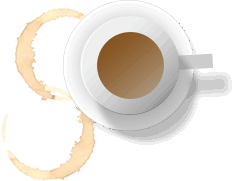 “Sara listened. No birdsong. Even the flutter of monkeys had stopped.

Yet there was movement. A silent whispering. A gathering wind that had no sound. In that instant she felt the path around them thronged with people. Panic was in the air, and terror, and the silent sound of rushing feet. Yet around them, path and forest were empty.

Muniri looked back at them. ‘Leave the path!’ he said urgently. There is great danger here! Leave the path,’ he looked towards the curve of the track where it turned out of sight. ‘Come!'”

Kenya is Sara’s home. But the mysterious Muniri shows her everything through fresh eyes. She’s never really seen and felt this place, its starling mixture of ancient history and custom jostling with modern life.

And when Muniri takes her to the ruined city of Kingwana, deep in the forest, he draws her into an ever-deepening mystery that she must pursue to the end to discover the truth.

THE SUNDAY TIMES
'an enjoyable, strongly written book with enough meat on the bones to provoke thought.'
TIMES EDUCATIONAL SUPPLEMENT
'Few time-shift stories are as well conceived and realised as THE KEEPER OF THE GATE. Beverley Birch excels at suggesting the many levels at which things go on in a family, and children's ability to keep several preoccupations, inner and outer, serious and trivial, active at the same
THE JUNIOR BOOKSHELF
‘Complex shuttles of time convincing and fascinating to read ... a sensitive book which conveys not only the physical feeling of Africa but also the emotionally strong life of the people. The author has a gift for brief telling descriptions of the passing moment.’
GROWING POINT
'A substantial book with a strong atmosphere, and two eager children walking calmly into dangerous experiences to bring the story close to young readers.'
SCHOOL LIBRARIAN
'An interesting and unusual book with many themes and layers cleverly interwoven. Thought provoking and readable and will raise many questions ...’

The idea for this story came to me when I was about 11, walking with friends through an ancient forest. The darkness under the trees, the chattering monkeys and invisible creatures scuttling in the undergrowth was eerie and unsettling. We remembered stories about people vanishing in this place. Then, lit by a sudden ray of sun through the leaves, I saw a great fig tree. Its trunk had a slit, like a narrow doorway, and beyond, the forest glowed like flames. ‘That’s a gateway to somewhere strange,’ I thought.

Years later I started to write this story. palace ruins in the forest boys fishing at the ferry [The Keeper of the Gate published by The Bodley Head & Red Fox, Random House]